Google recently release Android 13 (T) Developer Preview 1, and, while there are times when a lot of noise is made about Android being “Open Source”, what gets pushed to the Android Open Source Project for developer previews gives us some signals on how this is mostly an afterthought rather than a core part of Androids development.

I’ve tried building the Developer Previews of 12 (S) and 13 (T) and both were pretty much unusable. Sometimes you can’t even get a list of build targets, as was the case for me for Android 13 DP1.

Even when you work around this problem by using a well known build target, the build will only run for a few seconds before you hit the next problem. Usually this is a missing build target, or, if the build graph construction phase completes, you’ll find some compilation errors.

If you spend time getting past the compilation issues you’ll usually find that, due to the changes you needed to make to get the build to complete, what you end up with may be unusable; 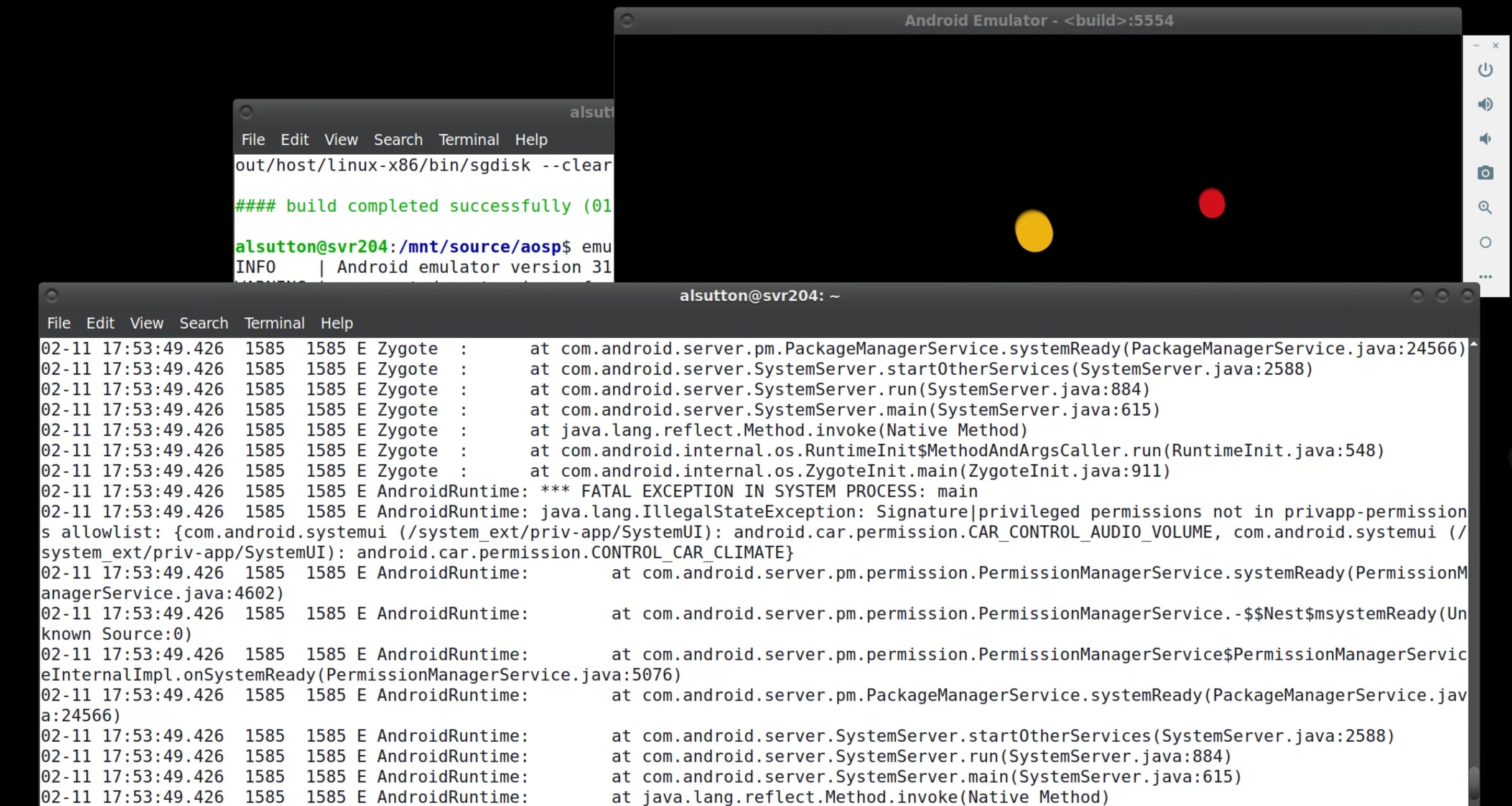 Overall the “Open Source” part of Android Developer Previews are pretty much unusable, this tends to carry on through the Beta phase, and usually isn’t resolved until the final release.

So if you’re expecting custom builds of Android Developer Previews', or even betas, you’re unlikely to see them, and please be mindful of the fact it’s unlikely to be something that the firmware image creator can do anything about.