The UK EV Infrastructure Needs a Lot of Work

After an attempt to do a 170 mile round trip in my Nissan Leaf, it has now been consigned to a life of “less than 100-mile total distance” trips only.

The first leg was fine up until the charge point. The initially selected InstaVolt charger was “temporarily out of service”, and a nearby ChargeYourCar charger was unfathomable to get working as the “Pay by Phone” phone number on the unit wasn’t working. 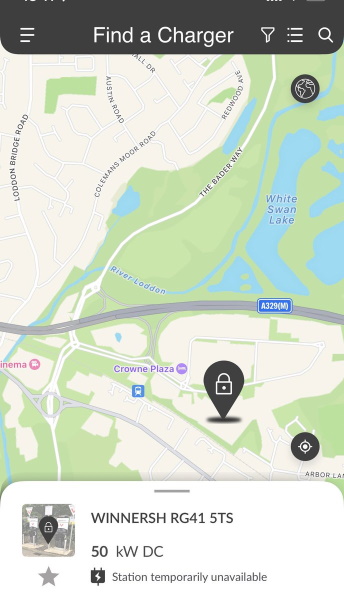 Thirty minutes after getting to the first charger, after some searching on Zap Map, we ended up at a nearby BP Pulse station where I could put some charge back in the car. Fifteen minutes later, with about 60%, and a queue forming at the charger, we went to our destination, arriving half an hour late.

We made a 10ish mile round trip for lunch, and then headed back to the BP Pulse charger to top up to 80%. This gave us an estimated 110 miles of range for an 80-mile trip… unfortunately that wasn’t enough.

About half-way around the M25 motorway I noticed our 30-mile buffer was now down to 12 miles, and at the rate it was decreasing we wouldn’t make it home. So, after a few miles of “Heater off” driving, we made an un-planned for 10+ minute stop at an Electric Highway charger to put an extra 30% charge in the battery.

The Electric Highway app is a mess, and is typical of the state of many charger apps - Wildly unfriendly for the user. In the EH app the registration flow is broken and shows white text on a white background, but, fortunately the tap-and-pay gave us enough to get home, and I didn’t need to play “Guess where the right option is” in their registration flow.

In all we spent roughly fourty minutes looking for and driving to chargers, and around fourty-five minutes charging, which doubled the journey time we used to have in a combustion engine car.

That kind of time penalty is unreasonable for most folk.

Should I have spent ~£7,000 more for a bigger battery? Possibly, but even in a 62kWh leaf there’d still be about 30 minutes charging time and the 30 minutes “usable charger” hunt. Other longer range options were even more expensive, which made them unjustifiable.

Is this a regular trip? We do it once every couple of months. To me a car with a 95 mile worst case real world range should be able to cope with a 170-mile trip with a single en-route charge, but it’s clear it isn’t, and it’s now clear to me that the EV charging infrastructure doesn’t support current EV users well, and is certainly going to struggle to meet demand as even more EVs hit the UKs roads.